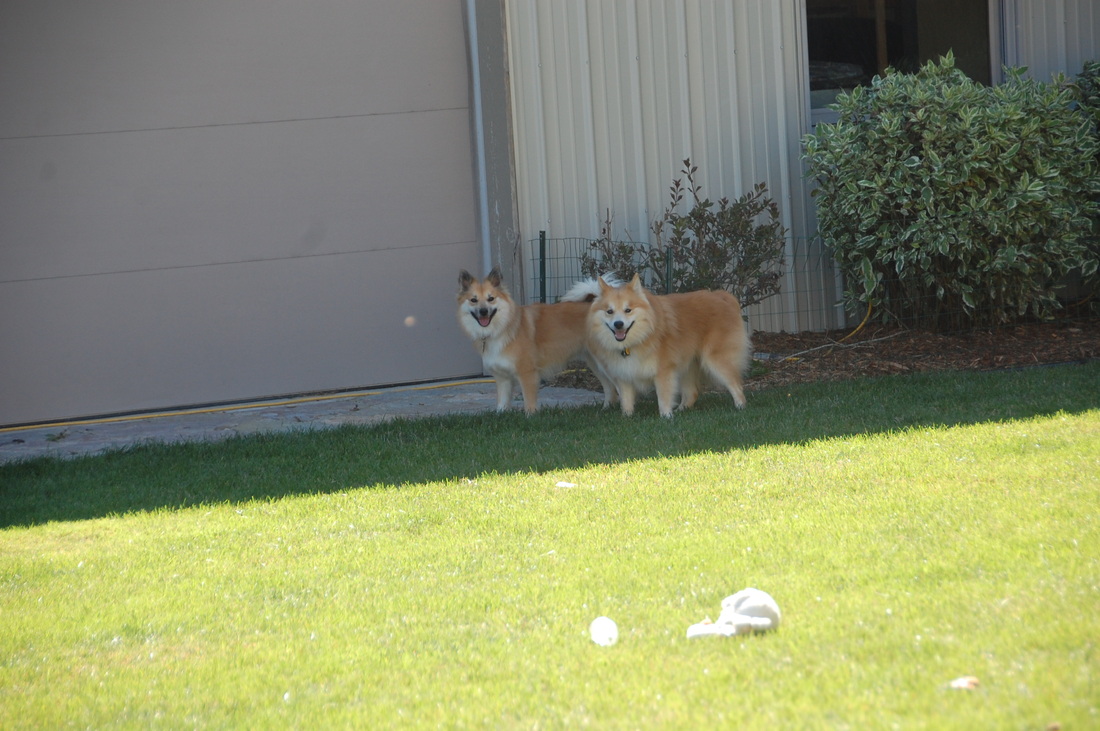 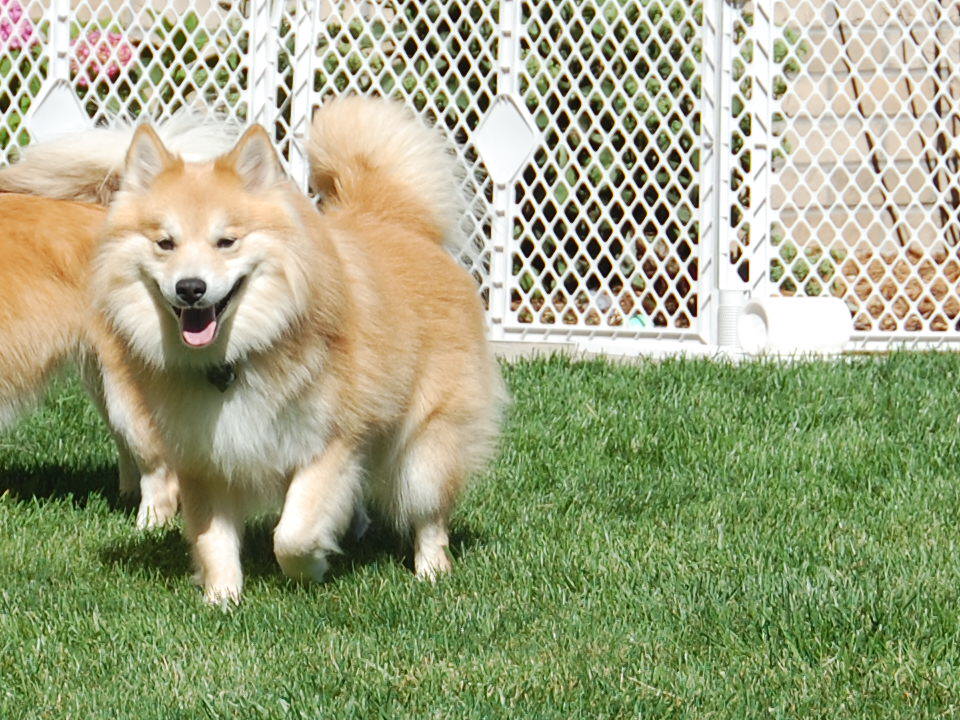 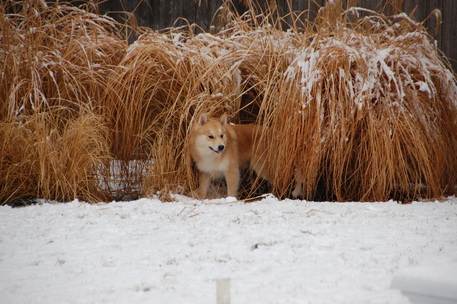 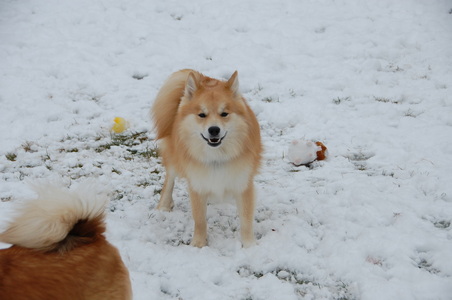 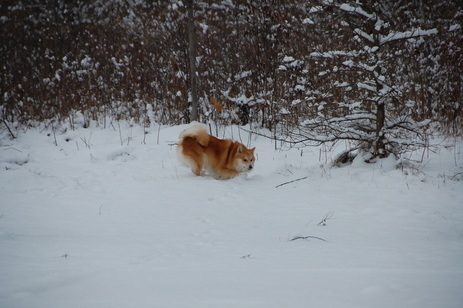 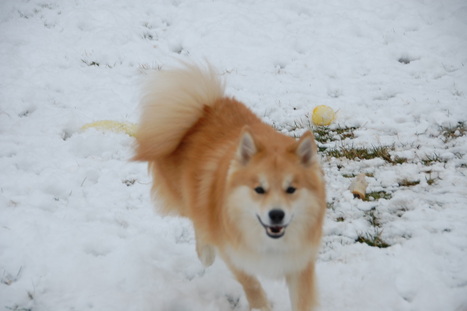 Fenrir aka Finn or Phineaus is a wonderful boy.
Finn came to us from Donna Lee and David Herrick in Denmark (at the time we got Finn, the kennel he came from was Asti Lee kennel now their official name is Asti Una)
We ran into a few problems trying to get him here.  First, we had to change his first flight because of the weather in Detroit, they wouldn't let him fly.  Once the little guy finally made it into Detroit, they told me that I needed a broker to release him through customs!!  It was a huge pain but after a couple days in the boarding place I finally got to bring him home!  Donna Lee and David were wonderful dealing with all the problems that came with shipping a puppy.  Thank you, thank you so much for going the extra mile to get him to us!!!  He is a favorite around here of Mike, Taylor and Noah, they all love him to pieces!!!
He is a wonderful boy and very well rounded.  Last July we took him to the fireworks with us and he was just fine.  Nothing phases him.  His personality is just what an Icie should have, he loves everyone.

Finn earned his CGC at the age of 7 months and my daughter, Taylor, did the whole class and test with him.

Finn had a CERF done in November 2011 and it was clear and his Penn-hIP scores are L .33 and R .30 they are in the 90th percentile.  Yeah, we are thrilled for him to have such great hips!

One thing about Finn that I wish I could redo is that Trissa and Smá use to chase him when he was younger and pull on his tail.  Unfortunately, Finn injured his tail so now it doesn't have the beautiful curl it once had.  I took him into the vet and asked if anything could be done with it at the time and their was nothing the vet could do.  Here is a picture of him before the tail injury.  It was gorgeous.
I will get some current pictures of Finn put up soon. 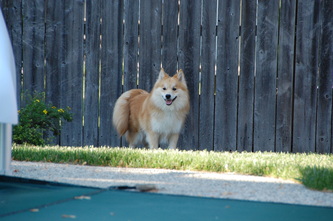 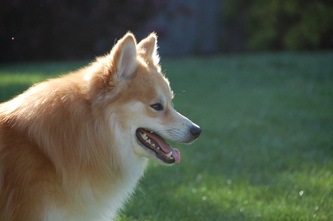 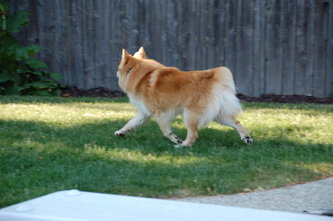 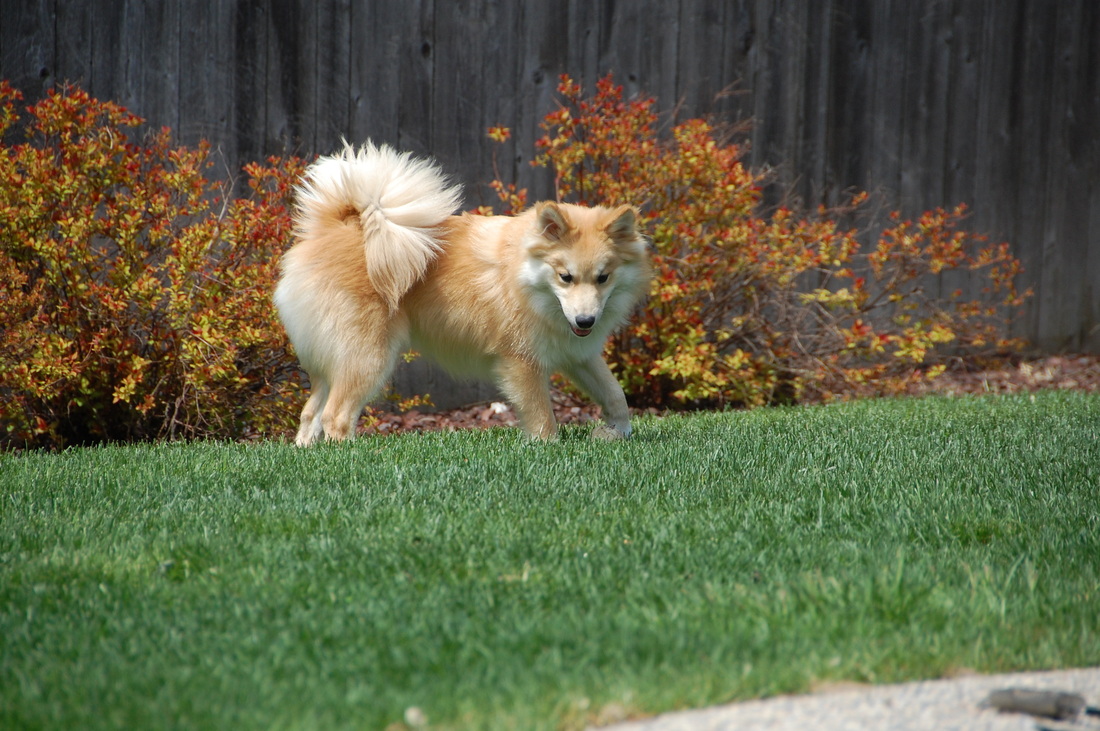 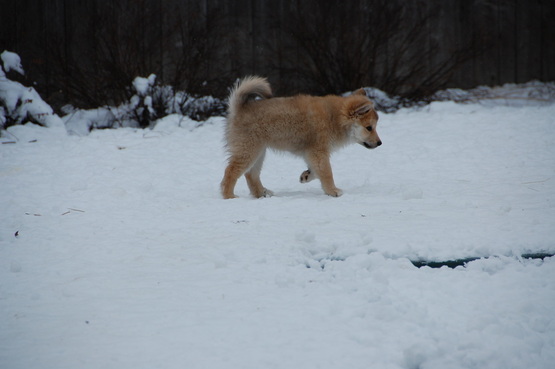 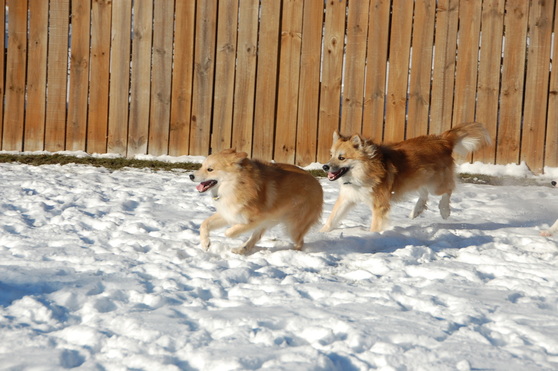 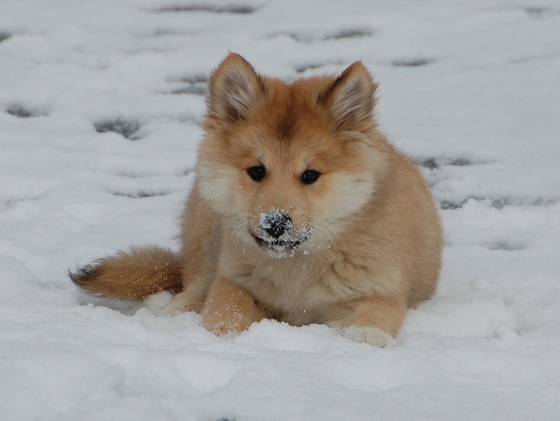