Meyla's story.  We had a Golden Retriever and a Chow/Samoyed mix, as they started nearing 15 years old, my search began for another dog.  I wanted something smaller then our previous dogs.
I was looking at Border Collies, Australian Shepards and Huskies. The only thing I didn't like was how high energy they all seemed.  While searching, I came across a little 1x1 picture of a puppy and said, oh that's cute, what is it?  I put the cursor on it and it said Icelandic Sheepdog, I had no idea what it was and so the research began.  I thought the breed might just work for us.
In August of 2006 we lost our Chow mix and 2 months later it was time to put down our almost 15 year Golden.
I asked my husband what breed of dog we were going to get, he said that Ice dog.  Now I needed to contact some breeders and see if any were avaiable.  This led me to TK Icelandics in Alberta Canada.  Audur had a litter and some puppies were still available, now the choice, the black tri color or the tan sable female?  I decided that since we has 2 dogs that were tan, we needed a black tri color puppy.  Once the choice was made I decided not to tell the kids which puppy we chose.  Mike and I headed to the airport on November 6th to pick up our new girl. The kids were surprised I picked the black puppy but fell in love with her right away.  Audurs Dimmalimm became Meyla, which means little girl.
When I began the search I had no intention of breeding.  After talking with Audur, she asked if I was interested in breeding or a pet puppy,  I thought about it I decided that I might be interested in breeding keeping the option open.  And this is how it all started.... 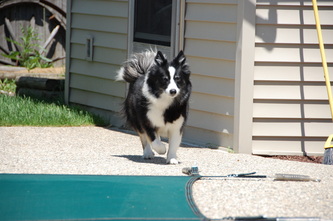 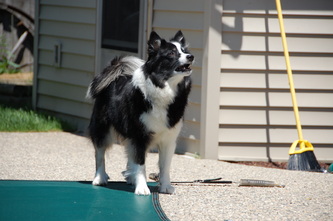 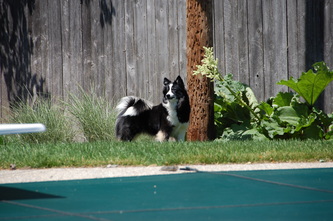 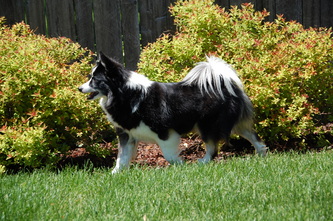 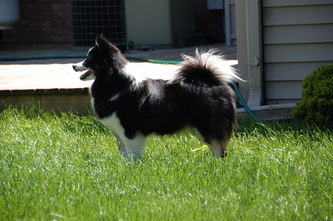 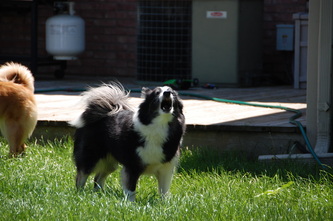 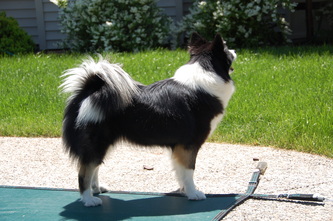 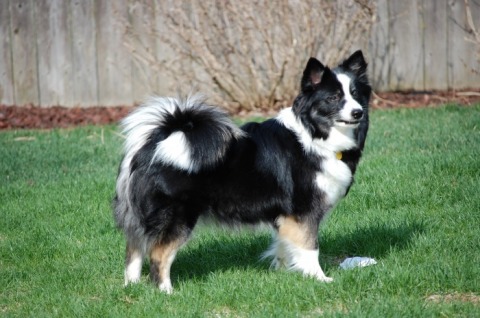 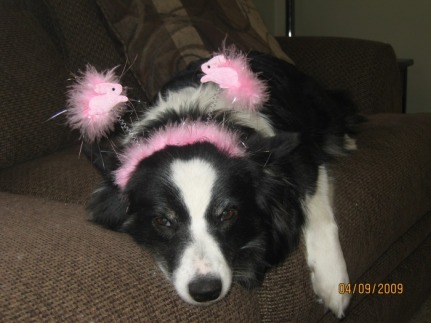 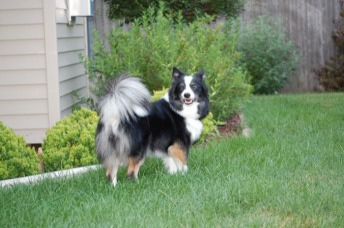