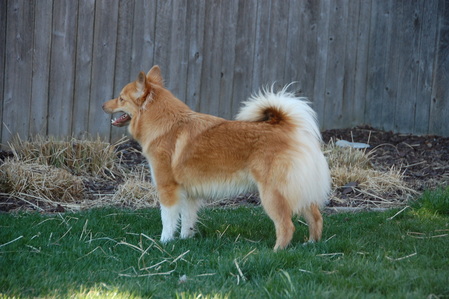 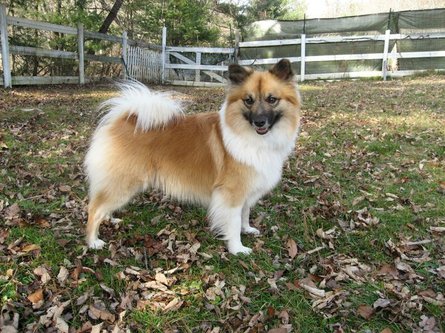 Smá is being a wonderful mother and does not want to leave the whelping box at all.  We have to make her go outside.
Smá doesn't like it if the other dogs get near her puppies, especially finn.  Meyla wants to check them out and Smá isn't ready to let her.  Trissa doesn't even try she knows better.

Smá and Luke puppies are here!!

Smá started her early labor about 9pm Wednesday night, she was restless and nesting, I  got a few hours of sleep.  5am, Smá started getting a little more intense with her nesting so I got up.
Pushed for about an hour and first pup was born at 7:53am.  Second pup came 16min later at 8:09am. Third pup came 52min later at 9:01am.  Now is where we started to get concerned, after an hour and fifteen minutes we still had no puppy.  I made the call to the vet and they said I better head in. We got Smá and her puppies loaded in the car and barely got out of the subdivision and out came the fourth puppy, 10:42am. We headed back home and called the vet and decided not to head to the vet.  Smá settled in with her puppies and I thought, wow she only had 4 puppies she sure was huge for only 4 pups. When she got up to go potty, I felt her belly and thought she either has 2 more puppies in there or she was all done.  I decided I better throw in a load of laundry and ran downstairs for a few minutes, when I came back up I saw Smá tearing up the pad in the whelping box.  Sure enough I counted the puppies and there were 5. Fifth pup was born about 1:37pm.  Smá already had the pup all cleaned up by the time I came back upstairs.  If I hadn't see her tearing up the pad I probably wouldn't have noticed the extra pup for a while.  After 3 hours of sleep the night before, I decided to have a nap.  I awoke to Sydney yelling that their was another puppy.  She had just checked her a minute before and there was no puppy at that time.  Sure enough we had puppy 6, a female, but she wasn't alive when she was born. I massaged her and gave her "mouth to mouth" but she wasn't coming back.  She was a dark brown little girl weighing only 5.8oz.  I'm not really sure what happened and will never know.  Of course I thought what if I would have still headed to the vet after Smá had pup 4, would she have been okay?  No one wants to take their bitch into the vet and expose her and her puppies to everything that could be there.  In hind sight I would have taken the chance had I known.
On a happier note, the 5 puppies are doing well and gaining weight.  Pictures tomorrow.

Smá delivered 5 puppies today, 3 males and 2 females.  Mom and babies are doing well.  All the puppies are shades of brown/red/tan. 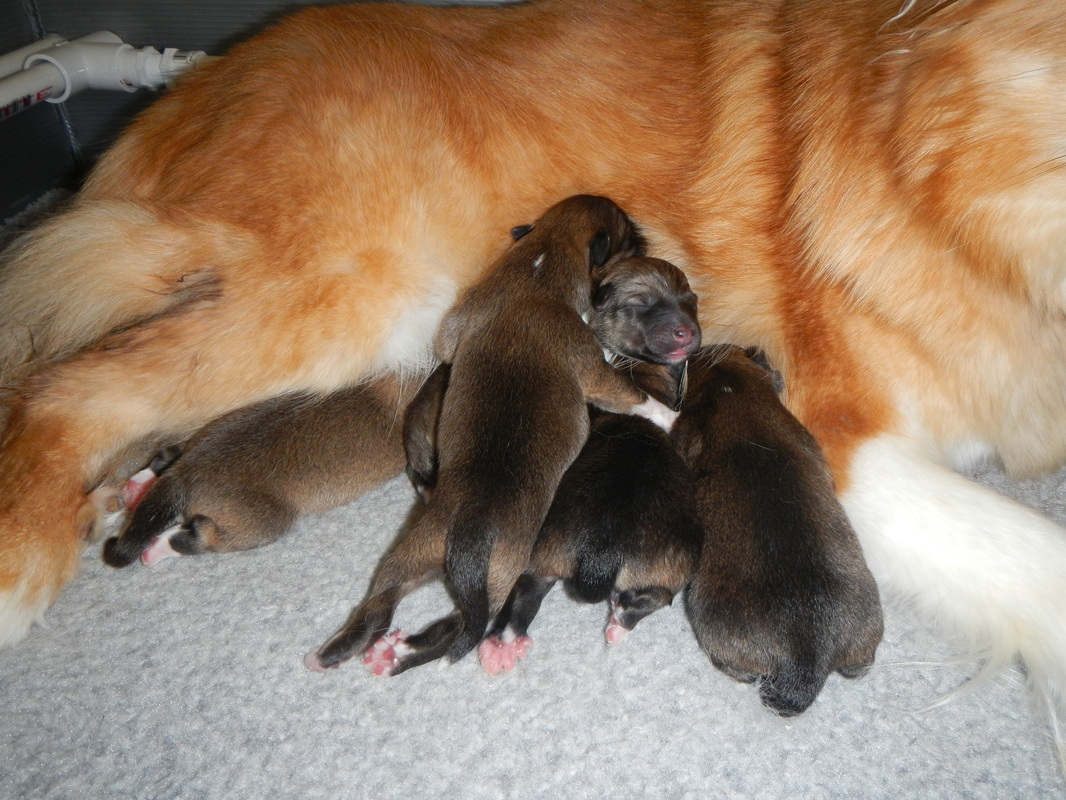 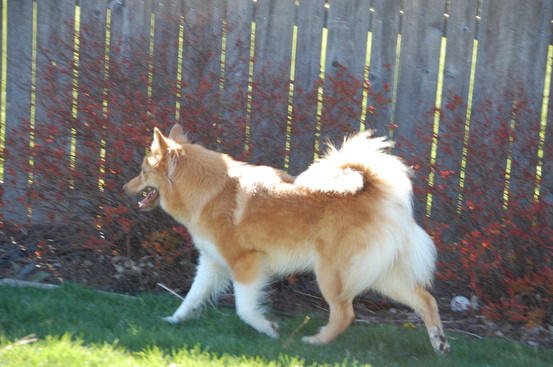 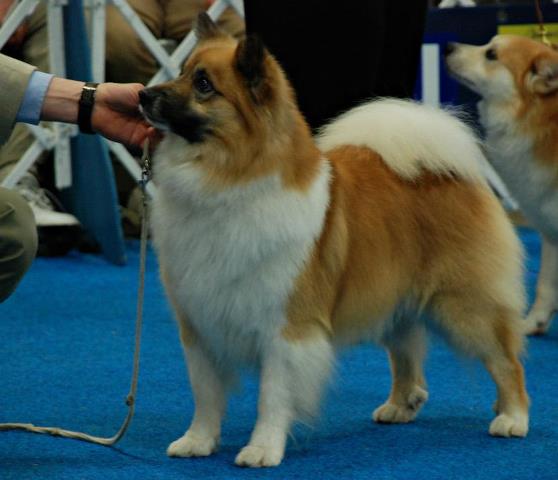 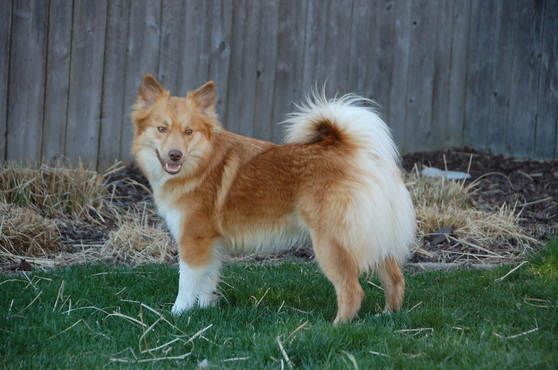 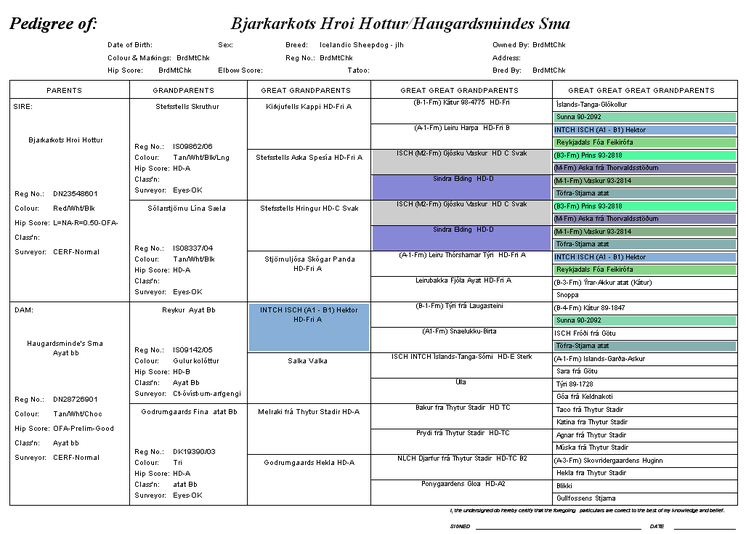